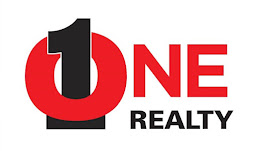 Grew up after WWII in England. Attended Rutherford Grammar School for boys and joined the swimming team. By 1961 I represented the School, City, County and Swimming Club in swimming, winning most of my events. I was also selected for the water polo team, also represented the same 4 organizations as a member of that team winning several championships. Also became a member of a cycling club and became Club Junior Cycling Champion. During all my physical training I was continually pushed to greater effort by my coaches, which I found was a major benefit for my later career, Graduated High School in 1961.

Studied Physiology, Biochemistry & Pharmacology at Newcastle University. In 1964 I persuaded my mother to invest in our 1st real estate venture. It was a modest flat. Until then she had always rented. In those days the flats came pretty bare. The kitchen consisted of a metal sink on legs attached to a draining board, and a free standing stove. There were no closets, no tile, no wood floors etc etc. I literally designed and built the kitchen cabinets by hand, designed and fabricated a wall of "Built in" furniture for the main bedroom and tiled the bathroom, kitchen etc. Outside I built walkways, fences, gates, rock gardens, retaining walls etc, all of which added value to the property. Eventually I was getting married so in 1967 I bought the flat from my mother and she went on to buy another home. Unfortunately, the marriage did not work out so I ended up selling the flat not long after.

Joined Royal Marine Corps 1967 who taught me to snow ski, parachute, martial arts, shoot and many other skills including personal discipline. Returned to school at Northumberland University, (formerly Newcastle Polytechnic & Newcastle College of Commerce), studied Economics & Marketing. At the same time, I took up scuba diving, joined the college swimming team and captained the water polo team. Graduated 1971 right in the middle of an economic depression. There was limited employment opportunity, so I expanded on something of a hobby in tropical fish and pets and opened a partnership with a wholesale business in tropical fish and pet supplies.

At the same time I bought my 1st investment property a large 6 bedroom town house built in 1914 close to the city center and university. I set up a house share deal with several other students & ex-students whom I knew. I used the rental contributions to pay the mortgage and renovate the home. After 3 years I sold it for 3 times the original purchase price and my 3 years in residence cost me nothing due to the rental income gained. This was an invaluable exercise as I learned how to deal with difficult tenants, every aspect of home renovation (my original fuse box went to an industrial museum), and how to manage cash flow.

In the meantime, the pet product business was flourishing and demanded a lot of my time. I had developed the ski training I had learned with the Marines and was now active in a large ski club and took many skiing vacations all over Europe, including some racing events. I also took up water skiing and developed our own group of beach goers and we would water ski either in the English lakes or off the coast of Northumberland. We would hit speeds of up to 70 mph on ski's and many land borne spectators would stop and watch us as we sped by.

In 1975 I was returning from a party with my wife when I saw a roadside sign offering flying lessons, and I saw it was next to an airfield, (one of many left over after WWII). I diverted, and the rest is history! I signed up for lessons, solo'd in 8 hours, became certified in 40 hours, and eventually racked up thousands of hours over the next 30 years and owned an assortment of half a dozen airplanes.

During this time, I also qualified as a multi engine, night, instrument, aerobatic and commercial pilot with licenses in both the UK and the USA. Never intended to take up flying as a career, simply wanted to be a better pilot for my sake (and everyone else's). I also qualified as a hang glider pilot which I still think is the most exciting experience I have ever had.

In 1976 I married my ski club sweetheart and made a pre-planned trip to China and Japan into a combination honeymoon & business trip. The marriage went well, and we have been blessed with 2 daughters both now all grown up. My oldest daughter is a Doctor and the youngest is a Lawyer and married to an Airline Captain.

In 1979 I was invited to participate in a master's program at Durham University Business School (DUBS). They had me take the GMAT test which I did then wanted me to start 3 weeks later. I was not able to do that at such short notice, so I enrolled with them full time for the 1980/81 session which commenced October 1st. This was a 1 year intensive course and I can candidly say I never worked so hard as I did the next 6 months. We completed the course in September 1981 and I went directly to Florida where I completed commercial pilot and instrument ratings certifications.

I spent the next couple years examining various business opportunities in the UK, Europe, and Internationally. Almost relocated 1982 to a small island in the Mediterranean, but the deal didn't work out. Along the way I worked in the fields of banking, insurance, commercial aviation and marketing and import/export.  In 1982 an acquaintance asked me to see if I could help him with some business problems he had. I took this on a part time contract and eventually this became full time and in 1 year I completely reformatted and rebuilt his business. This brought me into the Automotive Business. Eventually it was time to move on and I showed the owner his next options to continue to grow or consolidate his business. He declined the opportunity, so I tried it out. For the next 10 years I became one of the premier specialty automotive marketers in the world.

By now I had relocated to California in 1983 and established an import/export business there. California was great for my work hard / play hard motto. I was able to go snow skiing in the mountains, swim in the pool year round and I also took up sailing. Got a great sun tan and met a lot of new contacts. Over the next 4 years I developed a lot of business in the USA, Puerto Rico, Canada, Australia & New Zealand, Japan, China, and Taiwan. This involved a lot of travelling. The internet did not exist, we still communicated via telex or telephone, so I literally racked up hundreds of thousands of airline miles.

In 1987 I relocated to New York as we had by then established a leading position in the Automotive Industry Specialty Aftermarket and we needed better representation in the North East. Using Long Island as our jumping off point we expanded the business and the representation up and down the East Coast of the US. In that year I went to contract on my first New York real estate investments, closing on the purchase of 2 properties in February 1988.  I also sold my California real estate at the top of the market. A few months later the real estate market literally fell off a cliff. It took some 14 years to come back. This was a "wake up" call and fortunately I was also vested in other industries, so able to continue to make a living. At this point my 2nd marriage broke up The travelling continued intensely and in between I also was able to make some additional real estate investments including selling one of my 1988 investments at a significant profit, subdividing the other one and selling it off piece meal with new homes constructed on the sites at an even greater profit, acquired multiple properties, did multiple subdivisions, built new homes, renovated and rented homes, managed, and sold properties and everything in between.

During the 90's I managed to get divorced, remarry, and get divorced again, so it was a pretty upsetting decade for personal lack of achievement. I think the constant travel had a lot to do with it as any relationship needs time and time was the one thing I was short of. I also was recruited by a mortgage banking firm and became a loan officer and later a branch manager for a local mortgage firm.

By the turn of the Century & Millennium I was really being tested by the extensive long haul travel, so I made a decision to start focusing on the local real estate business & investments as I did not have to get on a long flight to get to work.

I started building in multiple locations on Long Island both in Nassau & Suffolk, and purchased the land, obtained approvals and built our own office building in Bohemia, that we still operate from today. I also built a new home in a beautiful waterfront location for myself and my new wife, Karen, whom I am happy to say is still with me today.

With this enhanced activity came a need for more skills. We needed access to the broadest possible audience to offer our homes to the market and tried working with local real estate agents. That effort was less than a success. The agents we met and tried to use were not realistic about the benefits available with a particular home or piece of real estate, and only cared about one thing - price! I think we can all agree that it's not all about the price. We believe if the product value isn't there, the price is irrelevant. So in order to be sure we could reach maximum exposure I acquired a real estate license and ultimately became a broker. At this point I believe it is fair to say I have become one of the more successful and well informed brokers operating here on Long Island with a broad knowledge and hands on experience in all facets of real estate.

Since the turn of the Millenium we have had to endure a major economic recession and a major storm (Sandy). We have repaired our home after Sandy and continue to live here with our 2 dogs and currently 6 cats (we rescued a kitten who was pregnant and gave birth to 4 more kittens). 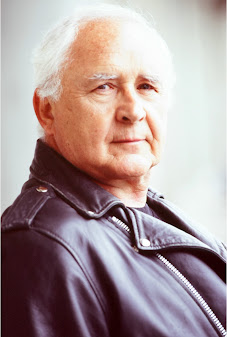 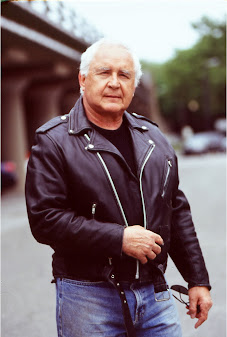 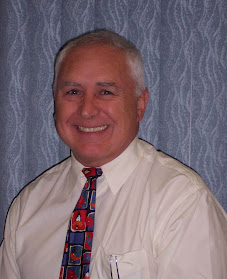 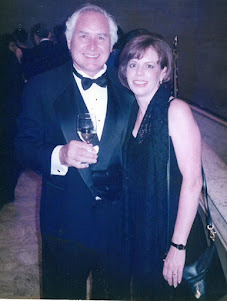 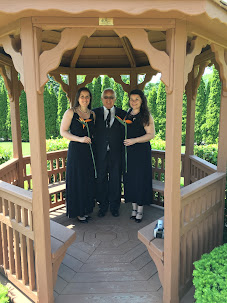 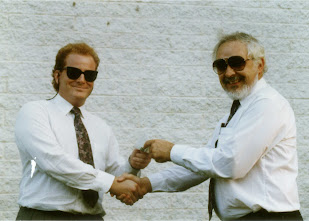 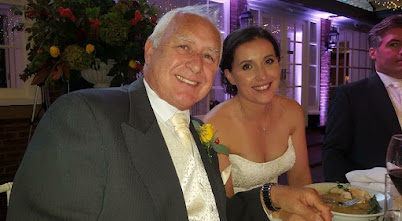 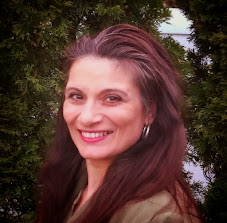 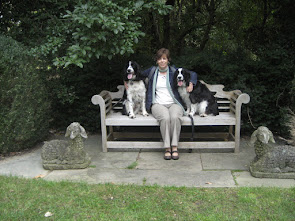 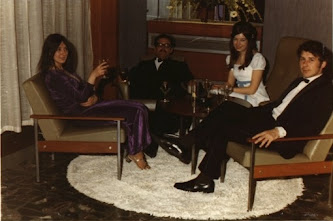